Posted on 8. September 2013 by Volker Grassmuck | Leave a comment 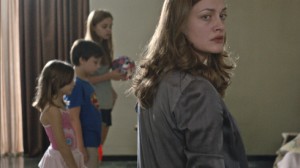 At the 70th edition of the Venice Film Festival, “Miss Violence” was awarded two prizes. The Silver Lion for best director went to Alexandros Avranas and Themis Panou won the best actor prize for playing the perpetrator in this disturbing story about domestic violence and child abuse.

The film was produced by Vasilis Chrysanthopoulos of plays2place productions, our correspondent in Athens and author of No Signal – A media diary on Greek public broadcasting in transition. Congratulations, Vasilis, to you and your team and a big round of applause!

Here is the official trailer:

On the day of her birthday, eleven-year-old Angeliki jumps off the balcony and falls to her death with a smile on her face. While the police and Social Services try to discover the reason for this apparent suicide, Angeliki’s family keep insisting that it was an accident. What is the secret that young Angeliki took with her? Why does her family persist in trying to “forget” her and to move on with its life? These are the answers that the people from Social Services look for when they visit the family’s clean and orderly home. The father has made sure nothing is missing and that everything is where it belongs. It seems as if nothing can betray them. But Angeliki’s younger brother unintentionally reveals clues which will gradually shatter the family’s well polished world, forcing them to come face to face with that which, for so many years, they have been hiding or could not bear to see. One by one they will break down, until finally violence will once again offer the solution, keeping the family united and the secret safe.

This entry was posted in in eigener Sache. Bookmark the permalink.