On the morning of 21 August 2013, I was on holiday in Lesbos, a big island in North-Eastern Greece. While having a typical Greek summer breakfast, a combination of local cheese, olives and figs, I switched on the aged TV set on the table in front of me.

I was zapping through the available channels when one programme took me by surprise. On the EDT frequency, which had been transmitting only old Greek movies during the previous days, I recognised a group of people saying “good morning” in a familiar tone. Seconds later, I got the picture. I was witnessing the first live news transmission of the transitional Greek public broadcaster now named DT (Dimosia Tileorasi = Public Television).

They had cut the “E”, presumably to make sure that the acronym of the new organization would not point directly to its forerunner, but everything else was still there: the design of the studios from which the morning programme was being broadcast – I quickly realised that they were using the former ERT studios in Katechaki Avenue that on the night of 11 June had been evacuated by the police –, but also the presenters, Ontin Linardatou and Giannis Troupis, both of them well-known, former ERT employees. END_OF_DOCUMENT_TOKEN_TO_BE_REPLACED 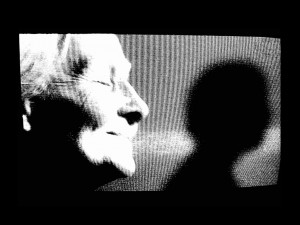 In this TV-scheduled life, ERT was the one and only default TV channel. My grandmother was watching it in the same way that modern society uses the Internet: as an information centre to keep up with the news and the weather forecast, as a virtual transporter to visit places and attend celebrations she would never be able to go to, and as an entertainment medium to amuse her in her solitude. END_OF_DOCUMENT_TOKEN_TO_BE_REPLACED 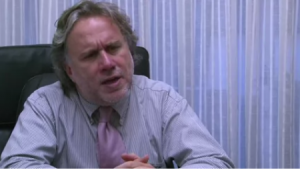 It was a sunny and very hot Monday afternoon, when I found myself ringing the bell of Dr. Giorgos Katrougkalos‘s office.

The previous week the government had announced the first job opportunities in EDT, the transition company replacing ERT, heating up again the public discussion about the legality of its actions.

The whole story was starting to get very complex; I realized that we had to deal with the shutdown of ERT, the legality of EDT and the new bill for NERIT, the official successor of ERT – three different forms of organisation of the Greek public service broadcaster that are sure to cause many legal challenges.

It was the right moment to involve a man of the law in the discussion. END_OF_DOCUMENT_TOKEN_TO_BE_REPLACED

Following a tough two-day discussion and voting on the bill issued by the Ministry of Finance to fulfil the Troika’s demands regarding the new tax code, the mobility of public servants and the lay-offs in the public sector, it was time for the Greek Parliament to vote on the bill for the new Greek public broadcaster. The new corporation with the temporary name “NERIT” (New Greek Radio Internet Television) was designed as the official successor of ERT. In a tense session that continued the polarization between the government and the opposition parties, the bill finally passed in Parliament with a total of 155 out of 300 votes.

Historians of the future will mention this day as the tombstone for ERT, whose life had ended suddenly on 11 June 2013 after almost 75 years of history.

Stepping out of the parliamentary press zone that day, I was clearly in a nostalgic mood.

I returned home and literally dived into my library.

END_OF_DOCUMENT_TOKEN_TO_BE_REPLACED

PROLOGUE – 11 June: The night of the shutdown

It all started in Parliament.

It was a quiet Tuesday morning at the office. Drinking my first espresso of the day, I was barely glancing at the newspapers’ headlines. They all focused on yesterday’s big story, the Russian corporation Gazprom’s refusal to reach a deal with the Greek Government and Prime Minister Antonis Samaras on the privatization of the state gas companies DEPA and DESFA. You could sense the tone of harsh criticism in the air, as this deal was supposed to be a strategic move on the government’s chessboard for achieving the privatization goals that the Troika had set for this year. “The loss of 900 million Euros expected to benefit public funds puts Greece off the privatization targets and opens the possibility for new measures to fulfil the Troika’s demands,” international news agency Reuters reported. “The Russian retreat”, “Government running out of gas”, “Russian salad”, “Success story turned into fiasco”, “The wreck” were some of the imaginative Greek newspaper headlines describing the situation.

I signed in to social media. I was not there for five minutes when I received a private message from a fellow journalist. Being a reporter for parliamentary issues, he is always my first source on breaking news. “Have you heard the rumours?” he wrote to me. “Something is going on with ERT today. Check it out.” Half an hour and a few phone calls later, I had a presentiment of the events. Apparently, last night, after the fiasco in the negotiations with Gazprom, New Democracy, the main party in the coalition government, was designing its next move. Ideas circulated in an unofficial meeting pointed out ERT – the Greek Broadcasting Corporation – as an ideal target in the strive to impress the Troika with its demands for privatizations and lay-offs in the public sector. The rumour had not been confirmed yet, so I wasn’t worried about the extent of the events to follow.
END_OF_DOCUMENT_TOKEN_TO_BE_REPLACED